Since ancient times Fall has been viewed as a start of a "new year," and it definitely feels like a whole lot of new is happening for me right now and I'm not sure I like it. I've never been good with change. Of course, I can give myself lots of self talk that change is good, and it's going to be okay, and in a few weeks it will seem as though it's always been this way but something is still unsettled. My little boy started junior kindergarten! this week and I am amazed that somehow I was the mother of 2 babies and now I am the mother of a boy who goes to school, my baby boy is 4 years old. 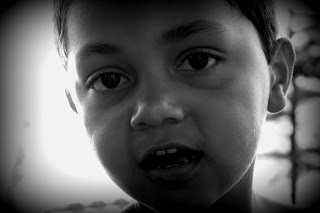 Jalen was late to give up his soother I am embarrassed to admit, Jalen still used a soother (soosie) at night to sleep up until about 4 months ago! He was seriously addicted to this thing as comfort and I figured it wouldn't hurt anything for him to have it as comfort at night. However, we wanted him to get rid of it before he was 4, I don't know, there's something about turning 4 that makes having a soother seem ridiculous to me, but at age 3 it was okay. We started planting the seed in his mind, that once you turn 4 we have to give "soosie" away to the babies. I was stressed, I would deliberate with friends trying to figure out how was I going to get this darn "soosie" away from him. One morning, Jalen crawled into my bed beside me and said "Mommy, this soosie is gross...I'm a big boy...throw it in the garbage." I was stunned, I leaned over to Alex completely shocked and said "Did you hear that?" We were so proud giving him lots of praise and I took it quickly before he could change his mind. I told him I was going to throw it in the garbage later. 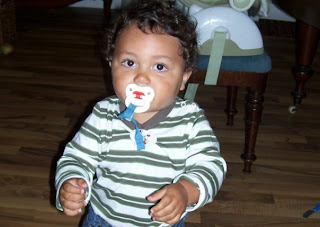 I took that worn out soosie and I stuck in back behind on the shelf, I couldn't throw it out. I was so proud of him for becoming a "big boy" but that stupid soosie was a symbol of something bigger.

I know that a lot of parents actively pursue each milestone with great excitement, I have always been a bit less stressed about it. I guess I just want my babies to stay babies forever. There is a U2 song called "stuck in a moment" and I feel that's what it is. It's funny how life is all about change, every day a new day. Changing seasons, changing moods, changing bodies and changing circumstances of all kinds. However, as humans, we are such creatures of habit. We love the comfort and safety of "the same." Or maybe that's just me?

So the week unraveled, and Jalen was teary and so was I. As the week progressed so did Jalen's acceptance to this new change. Jalen was coming home and telling me all about the new things he was learning from sweet Mrs. Fisher, and how he learned how to write in one week the word "is" and I swelled with joy. He came home on Friday, and said, "we had gym and math today." I got tears in my eyes, my little boy goes to math! If you are not a parent, I probably sound pretty ridiculous right about now. Now, each day he comes home I excitedly ask him what he learned today, and he lists off the letter he learned to sound out, and the song that goes with that letter.

Resistant as I was to change, I am so proud of my little 4 year old that it is okay. As cliche as it might sound, with every door that is closed another one is opened to us. We have to be open ourselves to the change to allow the good to happen. Of course its okay to look back on those memories of how it used to be with fondness and happiness, but let it go, and see what the next chapter has to offer. BE PRESENT, because before you know it, this phase that you are living in now will be over, and sure enough, soon enough, you will be looking back and remember this time of your life with just the same fondness.
Posted by Unknown at 3:42 AM No comments:

Email ThisBlogThis!Share to TwitterShare to FacebookShare to Pinterest
Labels: motherhood

Live your own story 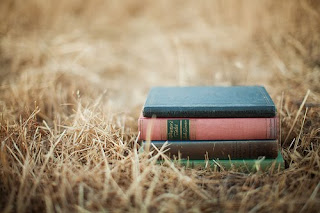 My blog post is a simple one today, sorting through and organizing papers today, this quote I had jotted down a long time ago fell onto my lap. I take these messages from the universe seriously. I felt it was important to share this inspiring message to everyone today. I hope others can see themselves in this little passage just as I was able to this morning.

"...you can only borrow other people's stories after you've started living your own. You must become your own heroine...you must start seeing each day as a blank page waiting to be filled up with amusing anecdotes, profound turning points, provocative choices and pursuits of passion. The world adores storytellers, but deplores those who refuse to live their own stories."
-excerpt taken from Something More by Sarah Ban Breathnach

What will you fill your blank page with today?
Posted by Unknown at 6:18 AM No comments:

Promote Your Page Too